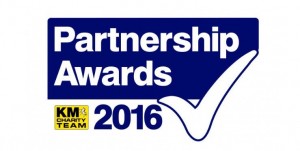 South Ashford based firm, International Technologies, was one of fifty organisations honoured at the inaugural KM Charity Team Partnership Awards staged last week. The winners received accolades for playing a key role in helping the KM Charity Team deliver its range of services for schools and good causes.

Representatives from businesses that had supported the charity’s work past and present received a KM Charity Team Partnership Award trophy and framed certificate.