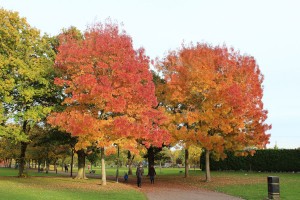 The Communities and Local Government Committee launches an inquiry into public parks to examine the impact of reduced local authority budgets on these open spaces and consider concerns that their existence is under threat.

The Committee looks at how parks should be supported now and in the future. This includes studying alternative management and funding models, such as a mutual or a trust.

The Committee invites submission of written evidence to its website on the following issues:

The Committee would be grateful to receive written submissions by 30 September 2016.

The Committee wants to encourage as many people as possible to contribute to the inquiry. In addition to a face-to-face survey in parks across the country, the Committee is organising an online survey, web forums and a Twitter hashtag, #myparkmatters, where people can let the Committee know why they value their local parks.

The Committee will also be working with the House of Commons Education Service’s network of Teacher Ambassadors to engage with children and young people. The 75 Teacher Ambassadors, representing schools from across the country, will be asked to encourage their classes to think about what their local parks mean to them and their communities, and to share their views with the Committee.

“Whether it is kicking the ball about with friends, joining a parkrun, walking the dog or just relaxing with a paperback, people value their local parks.

But with councils under enormous financial pressures and with no legal obligation to fund and maintain public parks, these precious community resources may be at risk.

The Committee will be asking what the future is for our open spaces and we want to explore the ways in which parks can be supported and secured for generations to come.

We will be keen to find out about innovative and successful approaches to managing and funding parks and what Government can do to support these.

We know people value their local spaces, and we want to develop a clear picture of the community benefits of public parks as well as who is using them, how often and for what?”