The independent Boundary Commission for England (BCE) has published its initial proposals for new Parliamentary constituencies. The publication marks the start of 12 weeks of consultation, during which the Commission needs to hear from you to help shape the proposed new constituency boundaries.

Publication of the initial proposals today is the first time people get to see what the map of new constituencies might look like. The rules that the Commission works to are such that wide scale change is inevitable. Under the proposals announced today, only 68 of the existing 533 English constituencies remain unchanged. 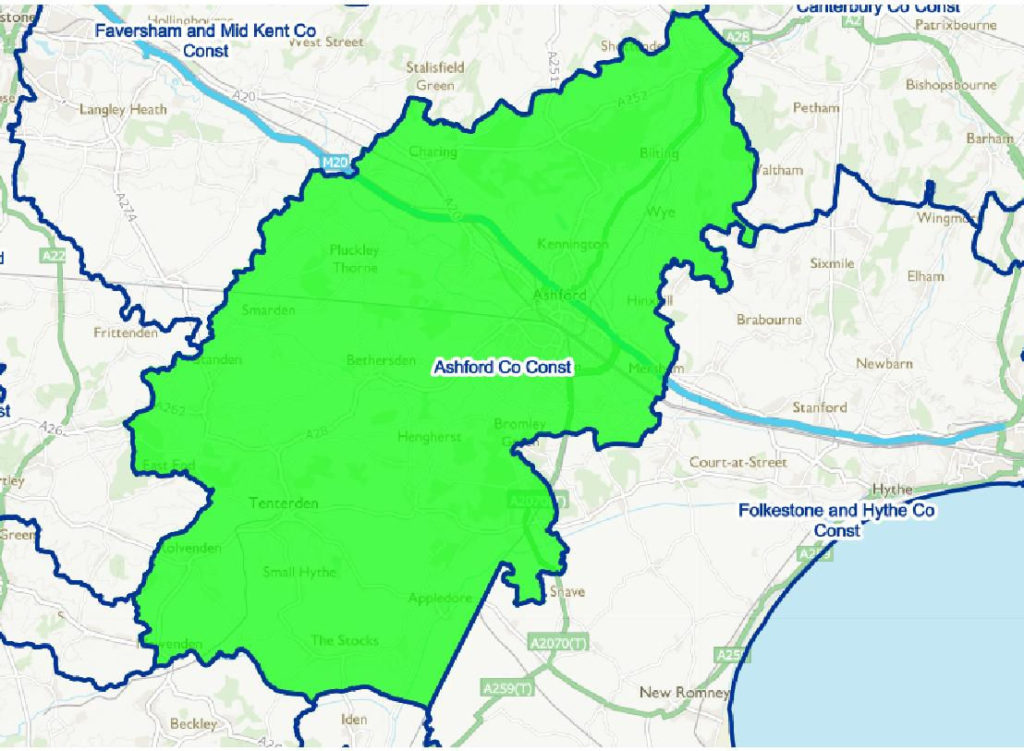 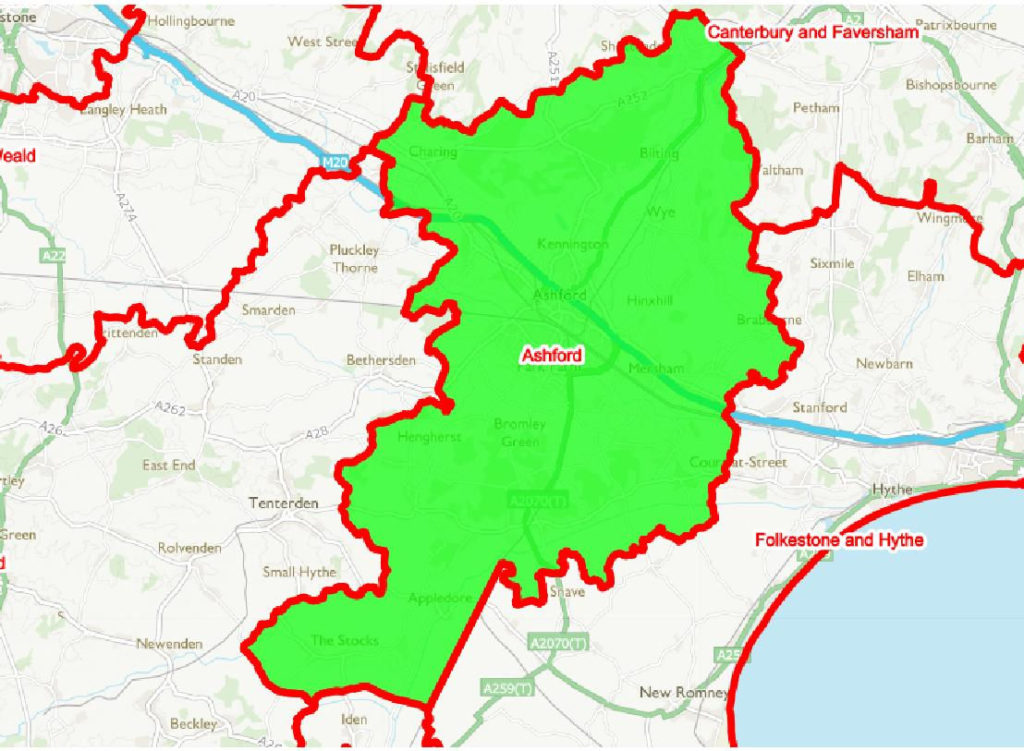 The towns and villages that would be moved out of the constituency include Charing Heath, Egerton, Little Chart, Smarden, Bethersden, Biddenden, High Halden, Tenterden, Rolvenden, Small Hythe and Newenden. The villages moved into Ashford would include Hastingleigh, Brabourne, Smeeth, Aldington, Bonnington, Bilsington and Ruckinge.

Sam Hartley, Secretary to the Commission, said: ‘Today’s proposals mark the first time people get to see what the new map of Parliamentary constituencies might look like. But they are just the Commission’s initial thoughts – during the next 12 weeks we want people to take a look and tell us what they like and don’t like about our proposals. Parliament has set us tight rules about reducing the number of constituencies, and making them of more equal size, and we now need the views of people around the country to help us shape constituencies that best reflect local areas. Use our website to tell us what you think, or come along to one of our public events to give us your views in person.’

It is easier than ever to get involved, by using the BCE’s website at www.bce2018.org.uk or by coming along to a public hearing in your area. People can comment on anything from where the proposed new boundary lines are to the names of the constituencies. The consultation closes on 5 December 2016. There will be a further two rounds of consultation in 2017. Following the conclusion of all three consultation periods, the BCE will look at all the evidence received and make final recommendations to Parliament in September 2018.

The nearest public hearings will be held on 3-4th November at County Hall, Maidstone. Attendance must be booked in advance via the links from the BCE consultation page www.bce2018.org.uk/node/6488?postcode=TN234EY