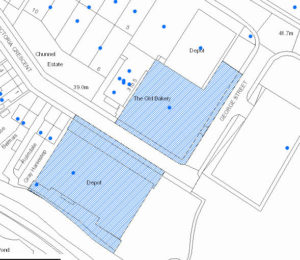 Ashford Borough Council’s planning committee, this evening, voted to permit two applications for construction of a total of 59 flats on two sites in Victoria Crescent/George Street, which had previously been occupied by Travis Perkins.

Councillors also voted to permit construction a 120 bed hotel, forming part of the ‘Victoria Way’ development on the adjacent site. At October’s planning meeting  a brewery, with shop, bar and restaurant, three commercial units and 216 residential units and an Aldi superstore, which form the rest of the development, were permitted.

All three permissions are subject to the developers entering into Section 106 agreements for contributions for local infrastructure and services.