Department for Communities and Local Government 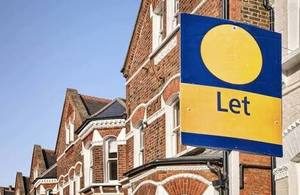 This consultation seeks views on the implementation of a ban on letting agent fees paid by tenants.

The government announced at the 2016 Autumn Statement that it would consult on introducing a ban on letting agent fees paid by tenants, to improve competition in the private rental market and give renters greater clarity and control over what they will pay.

This consultation paper invites views and comments on how the ban on letting agent fees paid by tenants in England should be implemented and enforced.

To support the consultation process, the government has organised a series of workshops. Places will be allocated on a first come first served basis and the workshops will be tailored to different parts of the sector. Find out more details on the workshops and book your place.