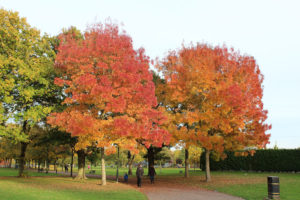 The Section 106 Agreement for the North Travis Perkins site in Victoria Crescent, signed last week, includes a contribution of £ 21,514 for the ‘Victoria Park Improvement Project’. This will be added to contributions of £ 270,002 from the Powergen site development, £ 150,000 from the Victoria Way development.

In addition to in excess of £ 440,000 from Section 106 contributions, the results of an application by Ashford Borough Council (ABC) to the Heritage Lottery Fund (HLF) for Parks for People funding are expected by the end of this month. Although there are, as yet, no confirmed detailed plans, ABC have an ambition to: refurbish the Hubert fountain and piazza; reintroduce or recognise lost cultural and natural heritage elements; provide a volunteers compound and other community facilities; and put in place a range of community events and activities including a new ‘Friends Group’ etc. from the HLF funding.

The Section 106 Contributions will be used for other elements of the Victoria Park and Watercress Fields Masterplan adopted by ABC’s Cabinet on 10 March 2016.

Two applications were submitted for the development of the Travis Perkins sites 16/00981/AS and 16/00986/AS. The Section 106 Agreement has been signed on the former, allowing permission to be granted. Although the site is still owned by Travis Perkins, it appears from the agreement that the sale of the site to Ingleton Luxury Homes “La Scierie” Limited has been agreed. It is not known whether the Southern, riverside site has been sold.

Development details for the sites referred to in this post: