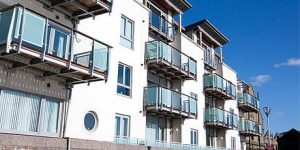 The Communities and Local Government Committee launches inquiry into whether councils have adequate powers to tackle ‘rogue landlords’.

This inquiry into the role of local authorities in the Private Rented Sector (PRS) will focus on the provision by councils of private rented accommodation and whether they have sufficient powers to deal with bad practices.

The inquiry will also examine barriers to intervention in the private rented sector, whether landlord licensing schemes are promoting higher quality accommodation and the effectiveness of complaint mechanism for tenants.

“With a big rise in the number of people renting over the last decade, there are real concerns about the ability of local authorities to protect tenants by tackling bad landlords and practices.

Our inquiry will examine how local authorities can carry out enforcement work to deal with rogue landlords as well as looking at approaches used by councils to provide private rented accommodation in their areas.”

The inquiry follows on from a Committee report published in 2013 which highlighted five key areas in which the Government should take action including: reviewing and simplifying the legislation covering the sector; giving local authorities the tools they need to enforce the law and raise standards; better regulation of letting agents; a cultural shift towards longer tenancies; and a renewed effort to boost housing supply.

Local authorities are set to be granted new powers to seek banning orders against rogue landlords/agents.

The Committee is inviting written evidence in relation to the points below: