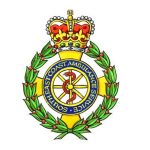 A new set of ambulance response standards, aimed at delivering the quickest response possible for the most critically-ill or injured patients, will be introduced in South East Coast Ambulance Service from tomorrow (22 November).

The new nationally-determined standards have been introduced across the country in recent months.

Changing the performance standards, which were introduced in 1974, will improve efficiencies and free up ambulance crews to respond to emergencies. Vehicles are often dispatched to respond to patients in less than eight minutes but most patients do not need this level of response. The new standards will enable the Trust to send the most appropriate response to each patient, first time, while continuing prioritise those in the greatest need.

For example, stroke patients will receive an ambulance response at the first allocation, to ensure they can be conveyed to hospital as quickly as possible to receive the clinical intervention they require.

The availability of a transporting resource will also be improved, reducing the length of time single responders wait for back up.

The new categories and standards are set out below:

Under the new system early recognition of life-threatening conditions, particularly cardiac arrest, will increase. A new set of pre-triage questions identifies those patients in need of the fastest response.

The new targets will also free up more vehicles and staff to respond to emergencies.

For a stroke patient this means that the ambulance service will be able to send an ambulance to convey them to hospital, when previously a motorbike or rapid response vehicle would ‘stop the clock’ but cannot transport them to A&E.

From now on stroke patients will get to hospital or a specialist stroke unit quicker because the most appropriate vehicle can be sent first time.

To help everyone understand how the new standards will work, NHS England has produced some videos to explain the new categories. We have published a separate post including these videos.
https://southashford.org.uk/index.php/2017/11/21/new-ambulance-standards/

In a letter to the Secretary of State for Health recommending the roll out of the changes nationally, Professor Sir Bruce Keogh, National Medical Director for NHS England, said

“It is more than 80 years since the introduction of the 999 emergency telephone number. The ambulance service has changed beyond recognition during this time, from little more than vehicles transporting patients to hospitals, often staffed by volunteers, to the “mobile hospital” model we see today.

“Since the mid-1970s most aspects of the service have changed beyond recognition: a large number of responses now focus on the frail elderly rather than traditional medical emergencies, half of all calls are now resolved by paramedics without the need to take patients to hospital, and for specialist care the focus of the ambulance service is increasingly on getting patients to the right hospital rather than simply the nearest. Over the last four decades, however, the service has remained organised around an eight minute response time target.

“Amidst all of this change that standard has become an anachronism, with anxious callers placed into outdated categories that are no longer fit for purpose. Half of all calls are classed as urgent with an 8 minute response time target – but one that has to be met in only 75% of cases. The other half of calls are deemed non-urgent with no national response target at all.

“Response times for that second group of patients have, unsurprisingly, doubled in some trusts in the last two years alone.

“For those covered by the 8 minute target the system is equally dysfunctional. Ambulance staff are given just sixty seconds to decide what resource each patient needs. While this may have worked many years ago, it is hopelessly unsuited to modern medicine. A stroke patient, for example, will gain little benefit from a paramedic on a motorbike when what they need is an ambulance that can rapidly convey them to a specialist treatment centre.

“There is also the problem of “hidden waits” for those patients needing urgent hospital treatment. At present, the clock is “stopped” by the arrival of the first vehicle, not the arrival of the vehicle that the patient actually needs. A quarter of all patients who require hospital treatment have the clock stopped by a vehicle – often a motorbike – which is in fact incapable of taking them anywhere. There are few better examples of hitting the target and missing the point.

“Most worryingly, the target can increase response times and cost lives. Multiple vehicles are often dispatched to the same patient in a race to “stop the clock”. When calls where a patient’s needs only become known after the one minute has elapsed are factored in, one in four ambulances dispatched are now stood down before they reach the scene. Every year hundreds of thousands of patients fail to get an immediate response because ambulances are dispatched in this wasteful and illogical manner. Correcting this anachronism would free up to fifteen thousand ambulance responses every week.”