A planning application has been submitted on behalf of Ashford Borough Council for the redevelopment of Oaklieigh House.

The development was initially publicised through an online consultation in July 2020. South Ashford Community Forum organised an online meeting to discuss the development during the following month.

As was the case at consultation stage proposals include the demolition and redevelopment of Oakleigh House sheltered housing in Beaver Lane and the adjacent block of flats and development of the grass area between Watercress Lane and Cross Stile.

The planning application varies from the consultation proposals as a result of comments made by residents and by a Design South East Panel. This has led to a two fewer dwellings for adults with learning disabilities.

The application can be viewed and comments submitted via the Ashford Borough Council website
planning.ashford.gov.uk/Planning/details.aspx?systemkey=119156

Below we list the candidates standing to serve South Ashford in elections to be held on 6th May for:

We have requested election statements from all parties / candidates. Those that we have received can be viewed by clicking the candidate’s name.

Ashford borough Council have notified us of a phone scam around council tax which is currently in circulation.

This particular scam involves calls from a company called Greystone Recovery. The caller claims to have information relating to incorrect council tax banding and saying that the recipient is entitled to refunds.

If you are in any doubt about the legitimacy of a call, whether they claim to be calling from the council, or another organisation, it is important to hang up and not give any information to the caller.

If you have a query about your council tax band you can visit the Ashford Borough Council website at www.ashford.gov.uk/council-tax/valuation-and-band-charges/ to find out more.

You can find out how to identify and avoid this kind of scam at
www.gov.uk/guidance/council-tax-and-business-rates-scams.

If you think your house may be in the wrong Council Tax Band read Martin Lewis’s advice on Money Saving Expert on how to check and and request re-assessment. Do read the whole of the article as, although there is no charge for re-assessment, it includes warnings about what could happen if the current banding is correct or too low.

There are a number of legitimate companies named Greystone or Grey Stone. We are not aware of any which provide Council Tax recovery services.

Ashford Borough Council is currently in the process of contingency planning for the possibility that daily bin collections will be adversely affected, due to potential disruption caused by traffic congestion across the borough, following the Brexit EU exit transition on the 1st January 2021.

ABC has been working with both the Government and KCC to ensure that additional waste collection and disposal resources are funded and work closely together. We have agreed longer working hours and priority delivery slots for our collection vehicles at the transfer station, as well as additional operating hours for collections crews. ABC will be taking a number of actions to minimise disruption to collections and to ensure they are completed in a timely manner, whilst keeping residents updated. These actions will include:

ABC will continue working with Kent County Council and their contractor Biffa to ensure we deliver the most effective service possible for our residents.

A reminder that during the festive period your recycling and refuse collection days will be altered. Check out the Calendar below for the changes.

There will be no garden waste collection over the Christmas period.

Members of Ashford Borough Council’s Planning Committee have again, this evening, deferred making a decision on a proposal to redevelop the Homeplus site at the junction of Beaver Road and Avenue Jacques Faucheux.

The application was due to be considered again on 16th September but was withdrawn from the agenda to address Habitat Regulations matters – believed to relate to the potential impact arising from excessive nutrients from waste water discharges on wetland sites at Stodmarsh.

At this evening’s Committee Meeting the Committee again deferred the application because they considered that the applicants had not fully addressed the issues raised at the June meeting.

Members also expressed concern that all developer’s Section 106 obligations would be deferred as the development did not meet nationally set viability limits. 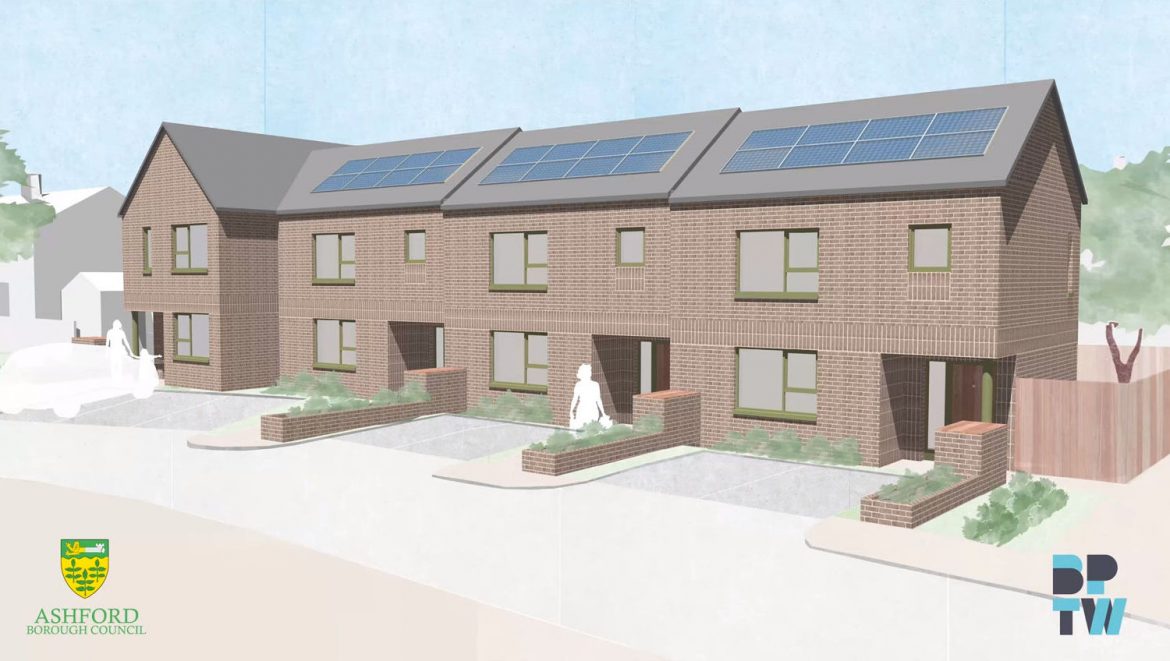 Ashford Borough Council are consulting on a proposal to demolish 24 council owned garages in Harper Road and construct 4 houses.

The Council are holding an online consultation in place of a consultation event at a local public venue due to the ongoing coronavirus pandemic. Following the consultation the Council will consider comments received and where possible adapt the proposals before they are submitted as a full planning application.

The proposal is for four x 2-bedroom houses. The intention is that they will be allocated to people on ABC’s housing waiting list needing social and affordable rental homes. ABC aim to set affordable rent levels on these homes that are around 60-80% of market rent levels in the area. This is to ensure the homes are genuinely affordable to those who are housed in them. These levels will be within the Local Housing Allowance.

ABC anticipate, that subject to obtaining the relevant planning permissions, work would begin on site within a year and that the build time will be around eight months.

The video below explains the development.

Further information and the opportunity to take part in the consultation can found on the ABC Consultation portal at
https://haveyoursay.ashford.gov.uk/consult.ti/harperroad/consultationHome

South Ashford Community Forum would be prepared to host an online resident’s meeting. Please contact us if you would like to attend such a meeting.

During the festive period your recycling and refuse collection days will be altered. Check out the 2021 Calendar below for the changes.

There will be no garden waste collection over the Christmas period.

Other Attendees:                 Names of ordinary members and other attendees are withheld to maintain privacy

BS displayed drawings of the proposals from the PRP consultation video.

Features brought to the attention of attendees were:

Cllr Lyn Suddards said she supported the concept of the scheme but was concerned about the impact of the loss of green space on existing residents.

The meeting was opened for comments from residents.

It was asked whether the adult disabled accommodation could be separated from the independent living block and placed on one of the derelict sites close by.

Mark James responded that the two buildings were one project. There will be benefits for the Council in having a second adult disabled unit close to Cherry Tree Court (adjacent to Farrow Court). It was also hoped that an intergenerational relationship could be created by having the two adjacent to each other. Whilst not excluding acquiring land for the purpose this was land that ABC already owns. They accept loss of green space is a contentious issue but having to buy land can add £ millions to project costs. The resident was invited to send details of the land referred to, so Housing could check whether it is in ABC ownership.

Giles Holloway responded by saying that ABC subscribe to the Considerate Contractor Scheme which sets out how the contractor addresses issues which affect neighbours, such as dust, noise, traffic movement, liaison with neighbours and schools and offered to introduce the resident to existing sites.

Giles said that Kent Highways would be consulted and issues such as this addressed with them.

Cllr Charles Suddards asked about the consultation process and how residents affected by the development were contacted.

Mark James said that normally the Council would have held a consultation event in a local community hall, with the information from the PRP Video displayed, giving residents the opportunity to discuss the proposal with the Council and Architects.

With the current restrictions on holding public events they had put the consultation for Oakleigh House online and had distributed leaflets to 200 properties around the site.

As concern had been raised about older people who may not have online access, he suggested a paper questionnaire might be distributed.

Cllr Lynn Suddards asked whether boards could be displayed at a local venue, such as St. Francis Church, for a day allowing residents to visit in their own time. Mark confirmed this could be arranged subject to arrangements with the Church.

Mark said although there had been problems with the Council’s email system at the beginning of the week, he has replied to everybody that had commented on the consultation portal.

When all of the consultation responses had been examined and any amendments made to the proposal, they would post details of comments that had been addressed by changes and the reasons that any comments could not be addressed.

A planning application would then be submitted when residents would have the opportunity to comment formally.

Bob Shrubb closed the meeting thanking everybody for joining and asking that residents participate in the survey on the Council’s Consultation portal – https://haveyoursay.ashford.gov.uk/consult.ti/oakleigh/consultationHome